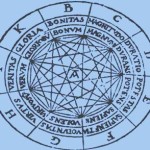 Dr. Ricardo Mendes Grande from the Department of philosophy of the University of São Paulo, Brazil will deliver a three-day course on the Philosophy of quantum physics.
The course will take place on 10th-12th of July 2013 at 15,30 p.m. in the building of the institute that is on 6,“Patriarch Evthimii” blvd., the main hall.
Everybody is welcome to come.

Short description of the course
From the historical development of quantum physics to the first mathematical formulation of a quantum kinematics , the purpose of these 3 lectures is to give a brief introduction to the philosophic foundations of quantum mechanics.
In the first and second lectures we’ll deal with the historical roots of the quantum theory and the development of Heisenberg’s quantum mechanics. The focus of these lectures will be given on the usefulness of mathematical concepts to physical theories, an important topic of the philosophy of mathematics.
In the third lecture we’ll discuss some important interpretations of the theory and its underlining philosophy. The focus of this lecture will be given on the philosophy of physics.